Home Transport How To Get From Colombo Airport To Anuradhapura 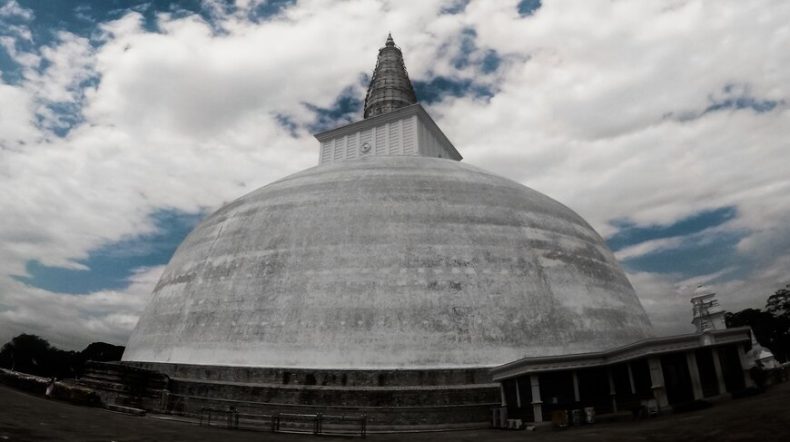 Wondering how to get Colombo airport to Anuradhapura? Anuradhapura is one of the most important ancient cities of Sinhalese civilization. According to historical records, it was founded in the 5th century BC, but the archeological evidence show that it was inhabited as early as the 10th century BC.

According to chronicles, in the second half of the third century BC, in this city came the son of northern Indian Emperor Asoka and Buddhist missionary Maha Thera Arhath Mahinda with his followers, and took hermitage in caves near the city.

After him, this area is today called Mihintale and is considered as the cradle of Buddhism in Sri Lanka. Because of this fact, through its history, Anuradhapura was a very important religious and pilgrimage site.

For the next 13 centuries, until around 1017 AD, Anuradhapura was the capital of Sinhalese civilization and the center of early Theravada Buddhism.

Some of the oldest and most important Buddhist temples were built in or around the city.

Also, in 288 BC here was planted Jaya Sri Maha Bodhi, a sapling from a branch of the sacred fig tree under which Buddha has achieved the enlightenment, at the place which was visited by Buddha on one of his three visits to the island.

Of these 16 places of veneration, eight are located in Anuradhapura.

Today, Anuradhapura is a UNESCO World Heritage Site due to cultural and religious significance, but also as an example of the planned construction of cities in ancient civilizations.

But, it is also still a lively religious place, as many of the ancient buildings are still in use as places of worship and pilgrimage.

Taxi from Colombo Airport to Anuradhapura

Traveling from Colombo airport to Anuradhapura is quickest and most pleasant by a private taxi.

Your 3 hours trip will pass in a pleasant atmosphere of air conditioned vehicle, away from the sun and often oppressive heat of the day. And T2 Travels Sri Lanka can provide you with exactly such private taxi services. With a private taxi, you will travel in a true door-to-door fashion.

With no need to change vehicles, or deal with departures and arrival schedules. Your driver will meet you at the arrival terminal and quickly and in a pleasant comfort drive you to your destination.

You will have no worries, especially where to put your luggage, as your vehicle will come with proper baggage space.

Without any delays, or for you inconvenient stops along the way, you will reach your destination in the most comfortable and quickest way. And if you are traveling with kids, T2 Travels Sri Lanka can provide you with a vehicle equipped with the baby or booster seats as needed.

Transfers from Colombo Bandaranaike International Airport to Anuradhapura By Train

Traveling from Bandaranaike International Airport, also known as Colombo Airport, is possible to be done by train. But because there is no train station near the airport, one first needs to reach the city of Colombo.

If you have your mind set on using public transport, this is most easily done by bus. Some 900 meters north from the arrivals terminal is located the 18th Mile Post bus stop.

Here you can catch a line 265 bus that passes through every 10-15 minutes and will take you to the Colombo Central Bus Stand.

In the city of Anuradhapura, there are three train stations. And depending on whether your destination is located in southern parts of the city, in the New Town central area, or near the ancient ruins in northern parts; you should disembark at Sravasthipura, Anuradhapura New Town, or Anuradhapura train station, respectively.

Transfer from Colombo Airport to Anuradhapura By Bus

Traveling by bus from Colombo Airport to Anuradhapura is possible, but can be a bit confusing.

Your first step is similar to traveling by train. When you exit the arrivals terminal you need to turn left, due north, and walk around 900 meters to 18th Mile Post bus stop.

Here you should board a line 265 bus that passes through every 10-15 minutes. You should disembark from the bus at the next bus stop, 18th Mile Post.

Just across the street and a few meters southward is the 18th Mile Post bus stop where you can board a bus that’s heading for Anuradhapura.

You can use vehicles that operate on lines 4, 4-1, 4-3, 87, 87-2, 87-5, and 87-6-1. All of these buses make several stops inside the Anuradhapura proper, and you should disembark at the one which is closest to your desired destination and continue on foot.