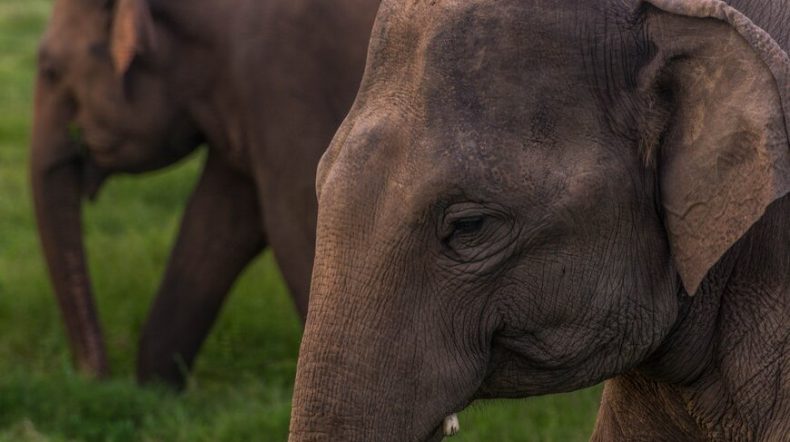 Wondering how to get from Colombo airport to Udawalawe national park? Udawalawe is a town on the shores of Uda Walawe Reservoir, south of Sri Lanka’s central plains. It is best known as the entry point of Udawalawe National Park.

This national park was founded in 1972, with the aim to provide sanctuary for the wildlife that was displaced by the construction of the lake and also the protection of the catchment of the reservoir.

It is very popular among visitors for its large population of wild elephants, but its 300 square kilometers are home to many more members of flora and fauna.

Most notable are three species of cats, majestic Sri Lankan leopard, fishing cat, and the smallest member of the cat family – rusty-spotted cat.

It is also home to endemic species to Sri Lanka, such as Sri Lankan sambar deer, spotted chevrotain, and axis deer.

Traveling 163 kilometers from Colombo Airport to Udawalawe by private taxi takes around 3 hours and 45 minutes, which makes it considerably quicker than using public transportation.

And this short driving time allows you to arrive at your destination relaxed and rested, instead of being exhausted from the travel.

But private taxi has more advantages than just speed. The seating of passenger cars is a considerable improvement in comfort compared to trains and buses, and whether you are elbowing or being elbowed by other passengers makes a huge difference whether your travel will be a pleasure or frustration.

The often overlooked component of travel arrangements is luggage space. And private taxis excel in this regard compared to trains or buses.

In the boot of the taxi, your bags and carry-ons can be stored safely and secure, without worry that they will be crushed by other passengers’ luggage or need to hold some or all of them in your lap.

T2 Travels Sri Lanka is a travel agency in Sri Lanka that can provide you with exactly what you need to travel from Colombo Airport to Udawalawe in the most comfortable and enjoyable manner.

No matter what are your requirements T2 Travels Sri Lanka can provide you with the best Colombo airport transfer options for your transportation needs.

Transfers from Colombo Bandaranaike International Airport to Udawalawe By Train

Traveling by train from the Colombo Bandaranaike International Airport to Udawalawe is extremely complicated and time-consuming. The first obstacle is the lack of direct connection and second that only part of the trip is covered by train.

The first leg of the journey consists of reaching the Fort train station in Colombo. This is easiest done by taking the line 265 bus passing through the 18th Mile Post bus stop located some 900 meters north from the airport.

Buses pass through this stop every 20 or so minutes throughout the day.

It will take you to the Colombo Central Bus Stand, which is some 700 meters from the Fort train station. From Colombo, you can take either the southern route to Matara or eastern to Badulla which passes through Haputale.

These buses pass through every 8-10 minutes throughout the day. They will take you to Nonagama where you can catch a line 3 bus on a bus stop across the street from where you would disembark.

Train duration is 9 to 12 hours and train cost is From around €7.

Transfer from Colombo Airport to Udawalawe By Bus

Traveling from Colombo Airport to Udawalawe national park by bus is similar to traveling by train in the sense that you need to get to Colombo Fort station, but in this case, the bus station which is adjacent to the train station.

Colombo Fort bus station is some 500 meters walk from Colombo Central Bus Stand where you will disembark from line 265 bus.