Home Transport How To Get From Colombo Airport To Wadduwa 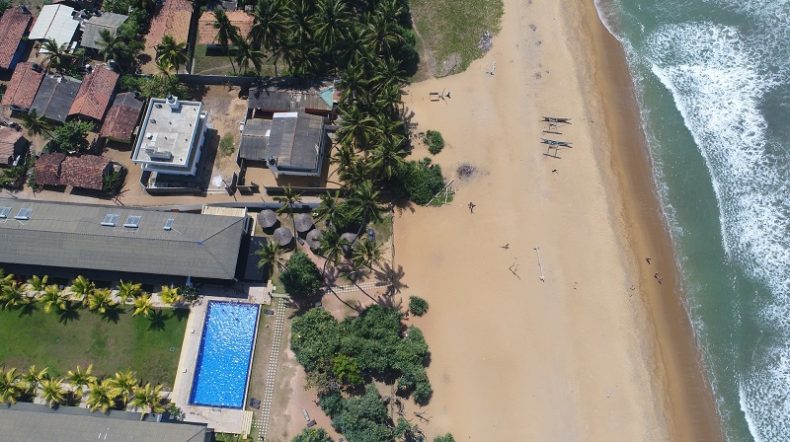 Wondering how to get from Colombo airport to Wadduwa? Wadduwa is a town 33 kilometers south of Sri Lanka’s largest city of Colombo, in the Western Province. According to a local folk tale, it is the area where many traditional medicine healers, veda mahaththayaa, lived.

This gave the area the name of “veda doova”, land of traditional doctors. Through ages, it transformed into similarly sounding Wadduwa.

With lush green palm trees lined golden beaches, the azure waters, and skies; this town does look like a place that can cure any ill, especially those that plague the modern world.

Here you will find peace and tranquility.

Wadduwa is known for the production of coconuts and products made of it. Carpets, brooms and the likes made out of fibers, but also the toddy palm wine and its vinegar.

Wadduwa is also a great base for exploring the neighboring area, particularly the city of Kalutara. This city is home to the Gangatilaka Vihara, arguably the only entirely hollow Buddha Stupa in the world.

It contains another smaller dagoba inside and the interior walls are adorned by Jataka paintings of Buddha’s life. It is also home to Kalutara Bodhiya, one of the most sacred Buddhist sites in Sri Lanka.

Kalutara Bodhiya is the Bodhi fig tree grown from one of the saplings of the Jaya Sri Maha Bodiya, which in turn was grown from a branch of Sri Maha Bodhi, under which according to legend Siddartha Gautama has attained enlightenment and became the Buddha.

This 78 kilometers, hour and a half journey is quickest to travel by a private car, or more specifically by hiring a private taxi.

Other modes of transportation are absolutely available, but they come with drawbacks of their own.

Hiring a private taxi will give you peace of mind knowing that your transportation will be awaiting you on your arrival at the Bandaranaike International Airport.

Your trip will pass in the pleasant atmosphere of air-conditioned vehicles, and will conclude on the doorstep of your hotel. When choosing a private taxis in an unknown country you are faced, first and foremost, by a lack of information.

In such a predicament, you should turn to someone who can give you a helping hand.

T2 Travels Sri Lanka is precisely such a travel agent in Sri Lanka. A premier tour agent that can take care of any transfers need.

World-class service which puts your needs at the forefront will guarantee you a hassle-free stay in this magnificent country.

Transfers from Colombo Bandaranaike International Airport to Wadduwa by Train

It is possible to utilize a train to travel from Colombo Bandaranaike International Airport to Wadduwa. But only just. Because there is no direct train line, one is forced to first travel to Colombo’s Fort Train Station and then from there to travel by train.

You can travel by taxi or bus from BIA to Colombo. If you opt for traveling by bus, upon exiting the arrival terminal you should take 800 meters stroll to the 18th Mile Post bust stop and embark on the 265 line bus which runs every 20-30 minutes.

Alternatively, you can walk a kilometer in the opposite direction to Katunayake bus stop and catch the 187 line bus.

If you chose the 265 route, you will need to disembark at the Armored Street Junction bus stop and switch to the 180 line bus. Both lines, 187 and 180, drive to the Pettah bus stop near the Fort Train Station.

From the Fort Train Station, you can embark on any of the five daily trains which pass through Wadduwa.

Train duration is 2 hours and 40 minutes and train cost is From around €17.

Transfer from Colombo Airport to Wadduwa by Bus

It is possible to travel from Colombo Airport to Wadduwa by bus, but due to lack of a direct bus line, it is a little bit complicated.

Such a trip is best divided into two legs, the same as if traveling by train. The first leg from the airport to Colombo and second from Colombo to Wadduwa.

Same as when traveling by train, as soon as you exit the arrival terminal you should take 800 meters-walk to the 18th Mile Post bus stop or one kilometer to Katunayake bus stop, and catch either the 265 or 187 line bus respectively.

If you choose the 265 line you will also need to switch to 180 line bus at the Armored Street Junction bus stop. Once you arrive at the Pettah bus stop near the Fort Train Station, you should catch the line 2 bus.

Buses pass around every 20 minutes and you can disembark at the Wadduwa Junction, Wadiyamankada, Nagshandiya or Egoda Uyana bus stops in Wadduwa.

They are more or less evenly spaced throughs Wadduwa and you should be able to disembark from the bus no more than one and a half kilometers from your hotel.

Bus duration is around 4 hours and 15 minutes and bus price is From around €17.